Saturday Snippet: His Magnanimity Did Not Extend 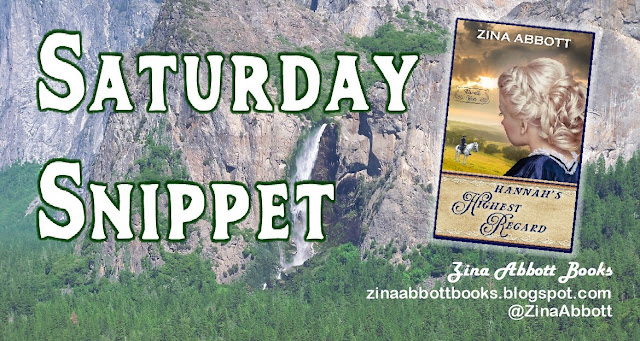 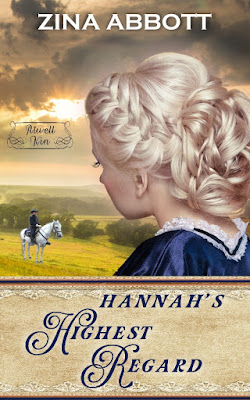 Kizzie settled back in her saddle. She pulled her horse forward several feet and turned it so she faced Jake. “Lt. Burdock, I agree with Charlie Gray Cloud. If you truly care for my cousin, you should not wait too long to ask for her hand. She’s sturdier than you think. And, right now, she hates being stuck home working on her parents’ farm and not knowing what the future holds. She doesn’t want to marry a farmer and spend the rest of her life in a sod house. She’s also not like some women who don’t want to move far from their parents’ homes. However, she’s ready for her own household and family.”

His back teeth clenched, Jake again faced forward. He had told Hannah—again in a recent letter—if she found someone else she favored, he did not wish her to feel obligated to wait for him. However, his magnanimity regarding allowing her to find happiness with another man did not extend to Andrew Call—especially if the rumors he heard about the man were true. “Thank you, Mrs. Jones. I do need to find the occasion to visit with Hannah soon. Some things should be said in person, not in a letter.”

For the book description and purchase link for Hannah's Highest Regard, please CLICK HERE.

Several of my Atwell Kin books are also part of other multi-author series'. Here is how the romances line up on the Atwell Kin series:

Posted by Zina Abbott Author at 1:00 AM No comments: 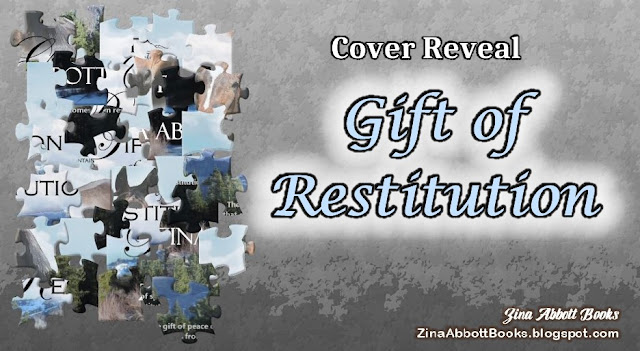 Below, I am happy to share my cover for my next book to be published
in the Gold Mountain series

I will give my readers their choice in how to view the covers.


and solve the online 40 piece puzzle.


If you choose to view it right away, scroll down to see my cover for
Gift of Restitution
~o0o0o0o0o0o~ 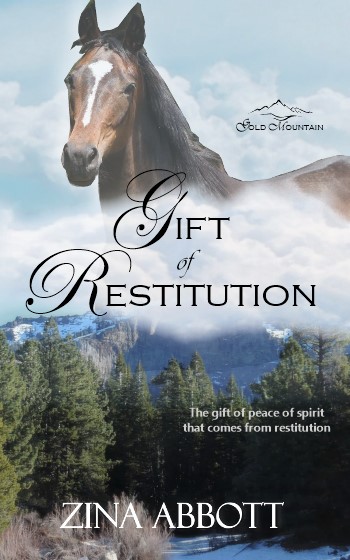 Posted by Zina Abbott Author at 2:20 PM No comments:

Saturday Snippet: He Hoped the Gelding Was Not a One-Man Horse 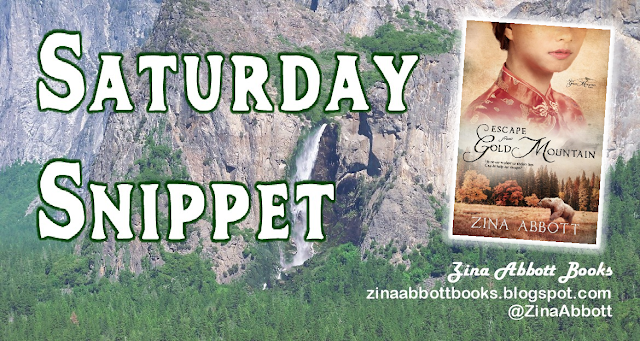 I will soon be publishing a short Christmas book inspired by an incident in my earlier book,

Here is the scene: 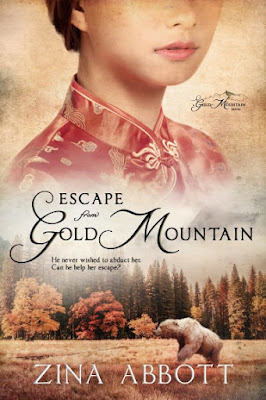 Deciding no one was about the homestead, Luke almost nudged his horse toward the house when, out of the corner of his eye, he noticed movement coming from the south. In order to see who approached, he turned his horse farther back in the trees to wait. He dismounted and put his hands over his horse’s nose to keep it from whinnying to the new arrival.

A young man wearing a heavy brown jacket and wide-brimmed Stetson road into the yard and dismounted. He unsaddled his mount and turned it loose into a small, fenced-in pasture. Luke watched as the man stooped to enter the chicken coop, turn the fowls loose, and toss some grain in their enclosed yard. After, he hurriedly entered the barn and brought out the horse Luke recalled from his last visit. He put a feedbag over its head while he hitched the horse to a small wagon. He returned for what looked like hay and more feed for the horse. After making sure he secured everything, the man climbed onto the wagon seat and flicked the leads. He steered the horse and wagon towards Bridgeport.

Luke waited several minutes after the wagon and its driver disappeared before he slowly made his way towards the house, careful to lead his horse where it would not leave obvious hoof prints. He entered the yard and tied his mount inside the small barn before he walked out in the pasture to take a closer look at the horse the man left behind. The gelding watched him warily, but let him approach. Luke reached out and patted the animal’s neck as he studied the horse. It wore the Caldwell brand.

Luke shook his head. The horse he had come for, the one that would have been more suited for a pack horse, was the one that had been hitched to the wagon and driven in the direction of town. From listening to the talk around the bunkhouse the night he had stayed with the Caldwell hands, Luke knew about the horse the widow’s fiancé had loaned her. He had already decided the fifty dollars he allotted for the widow’s loaner horse was more than fair compensation. However, the horse before him, the only one he had access to at this time, was worth far more than fifty dollars.

Luke reached for the gelding’s halter and walked him to the barn. He found the bridal for the horse, and put it on. He brushed the horse down to prepare him to take the saddle. He had a pretty good idea the horse would not do well as a pack animal. He would ask his mare to take on that role. He only hoped the gelding was not a one-man horse.

To find the book description and purchase link for

The story planning and writing the manuscript is well on its way. The cover reveal and pre-order purchase link will not be available until next week. However, to give a hint regarding the cover, parts of this photo of a section of eastern Sierra Nevada Mountains is included on the cover. 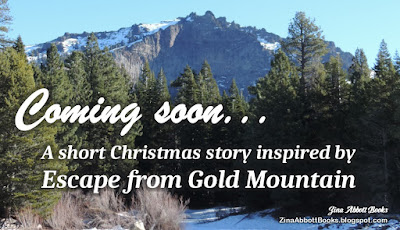 Posted by Zina Abbott Author at 1:00 AM No comments:

Too Old in Columbia 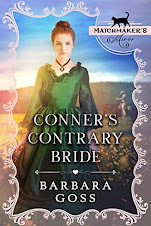 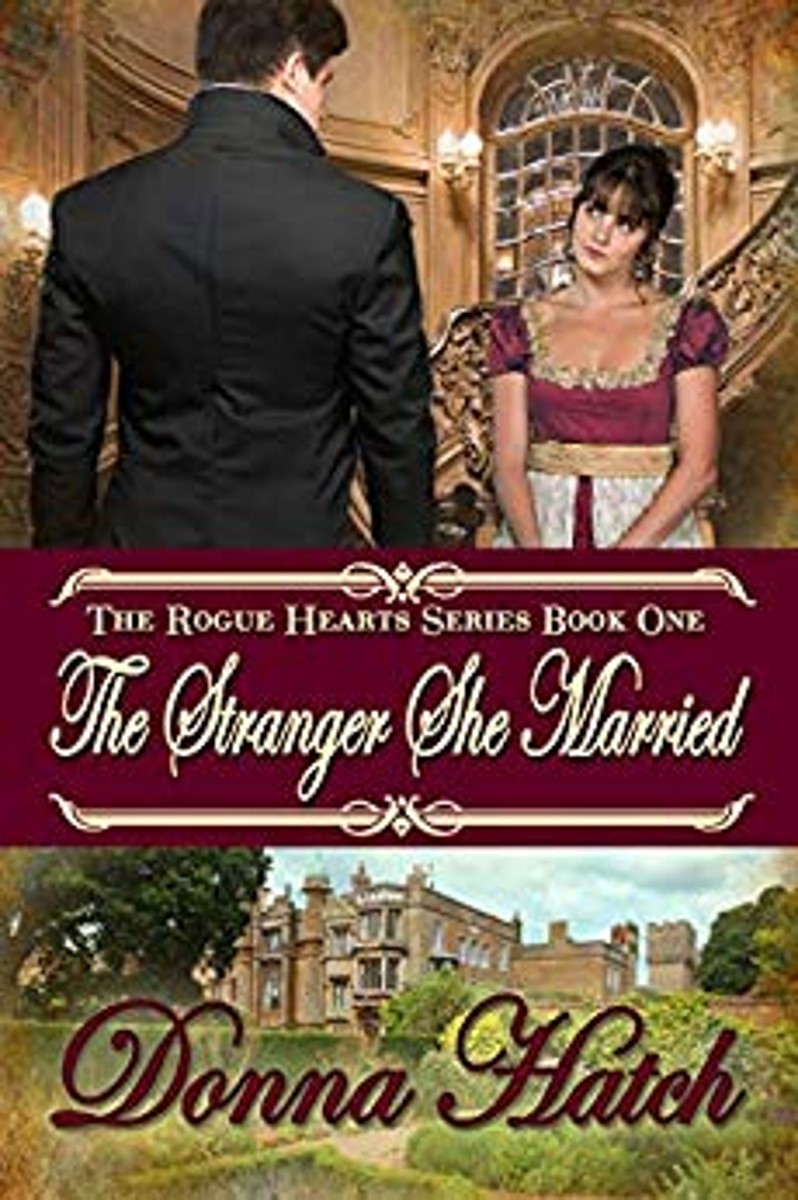 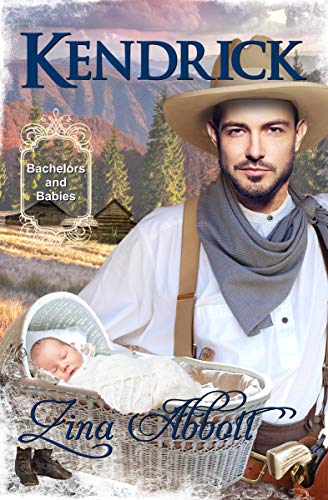 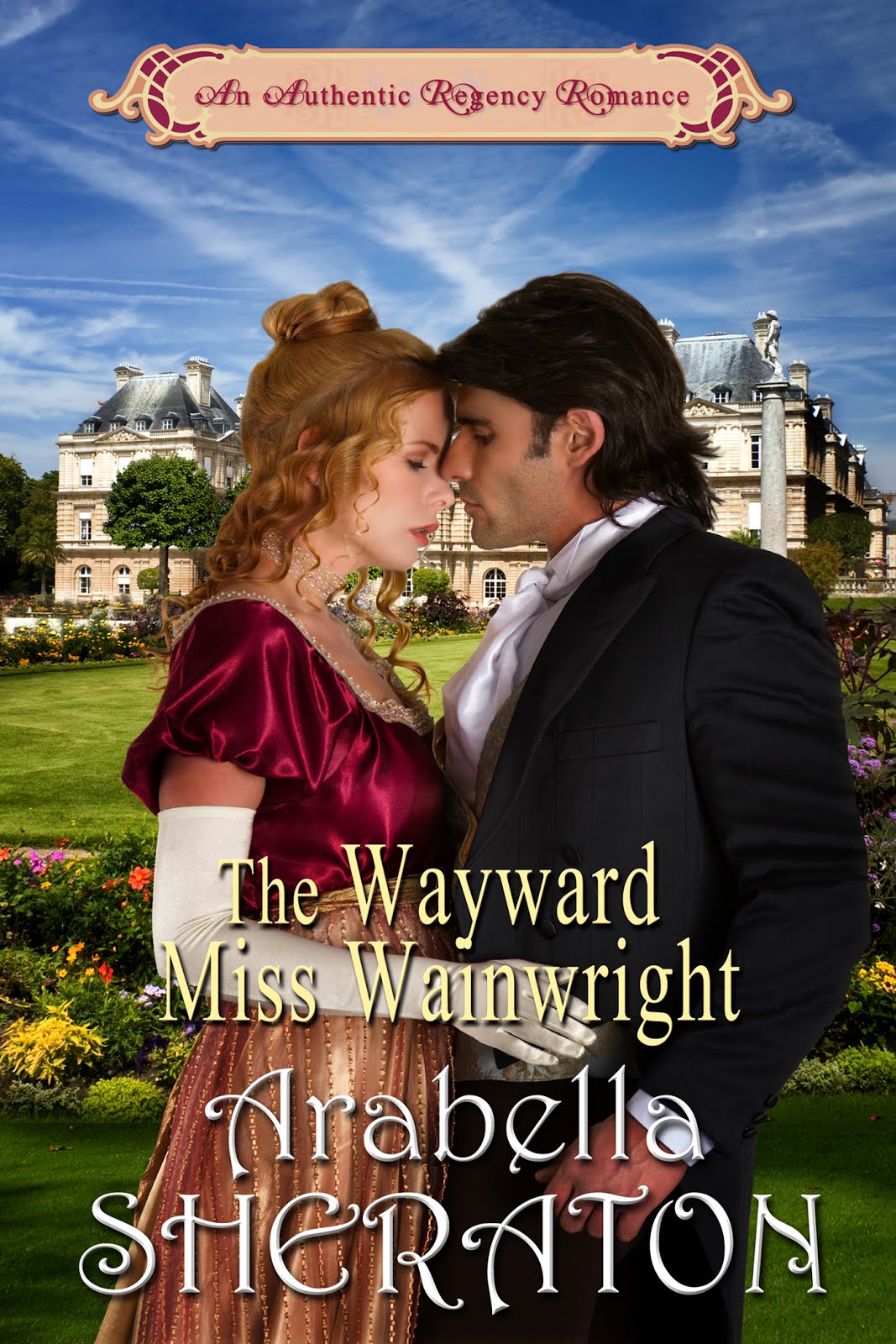 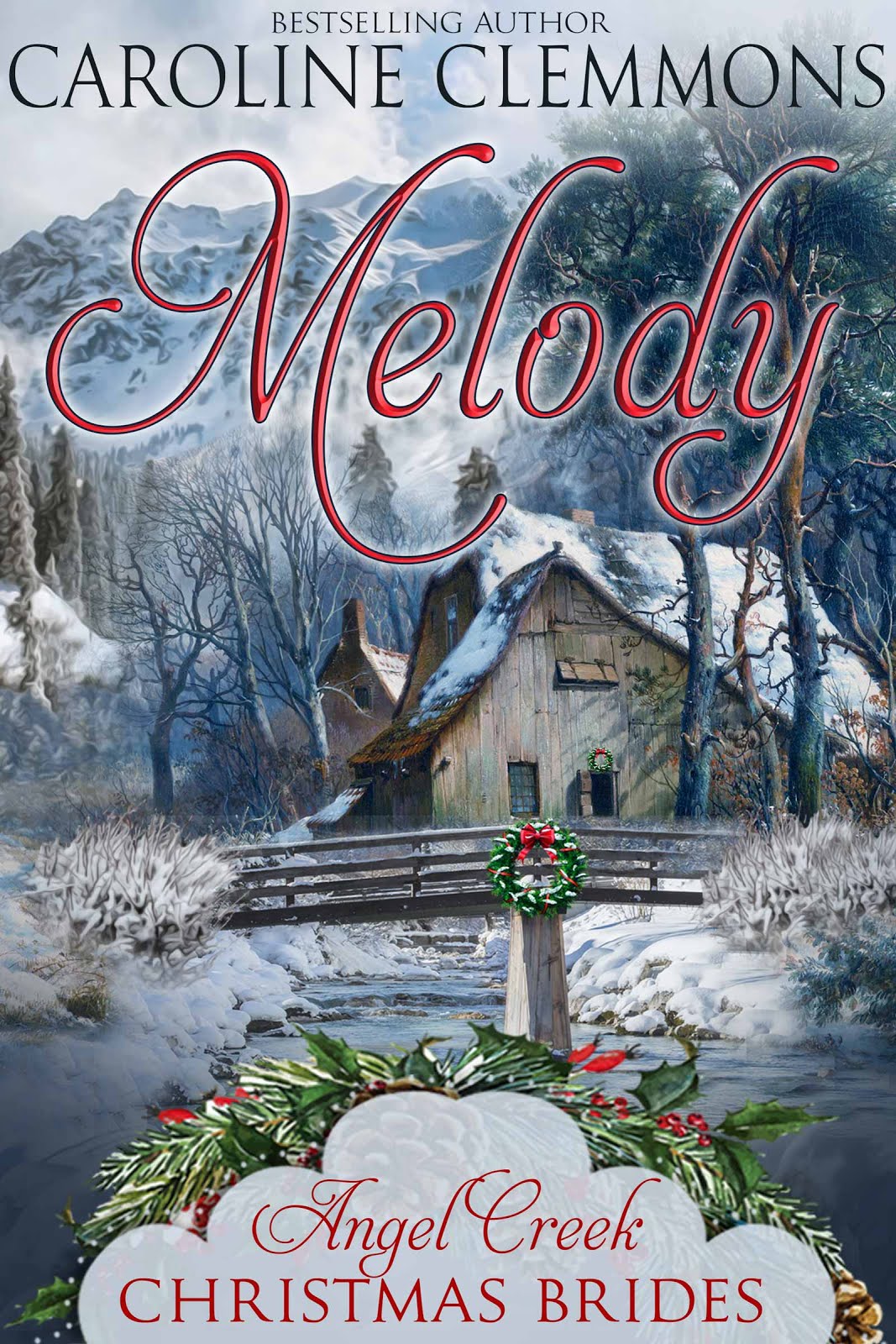 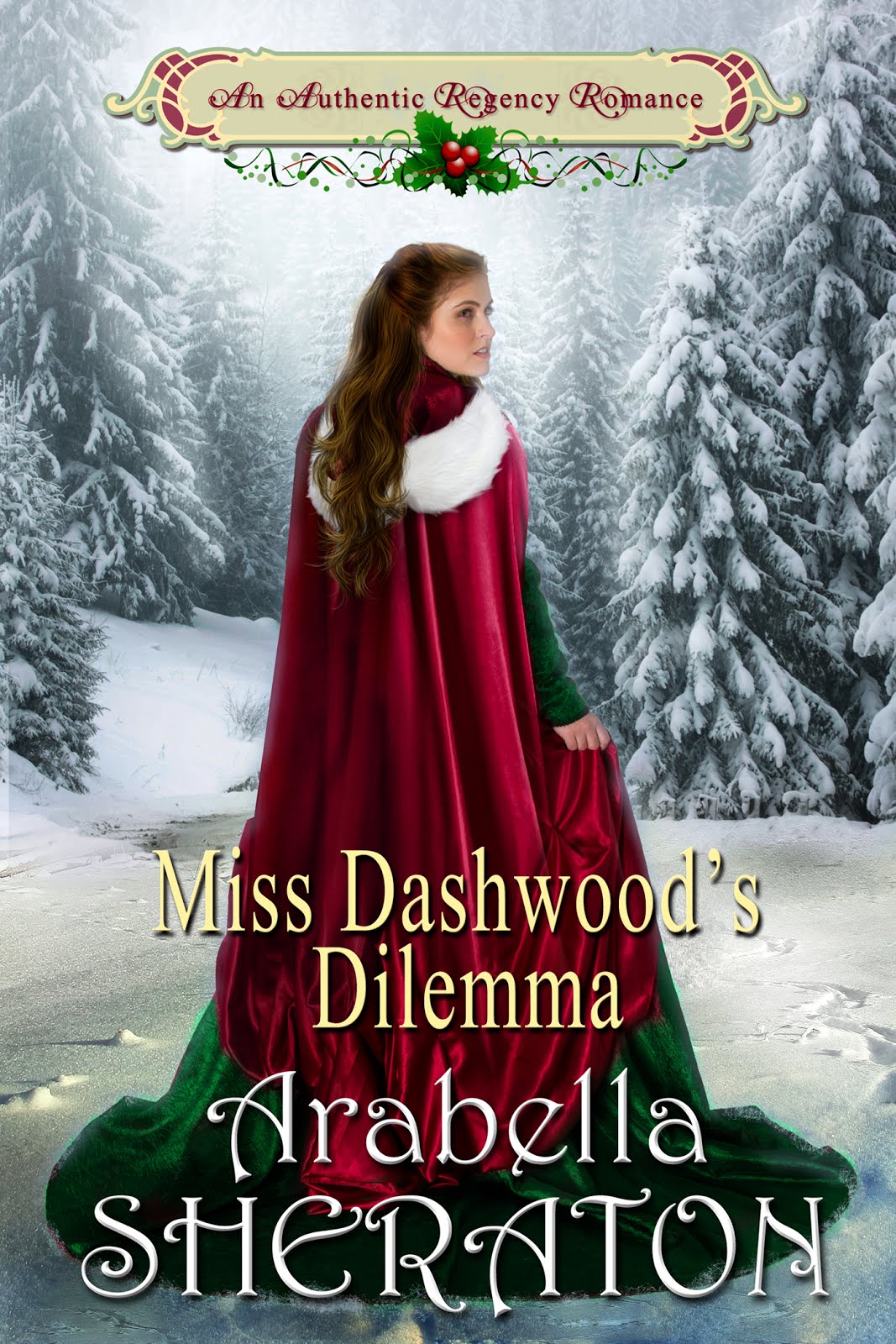 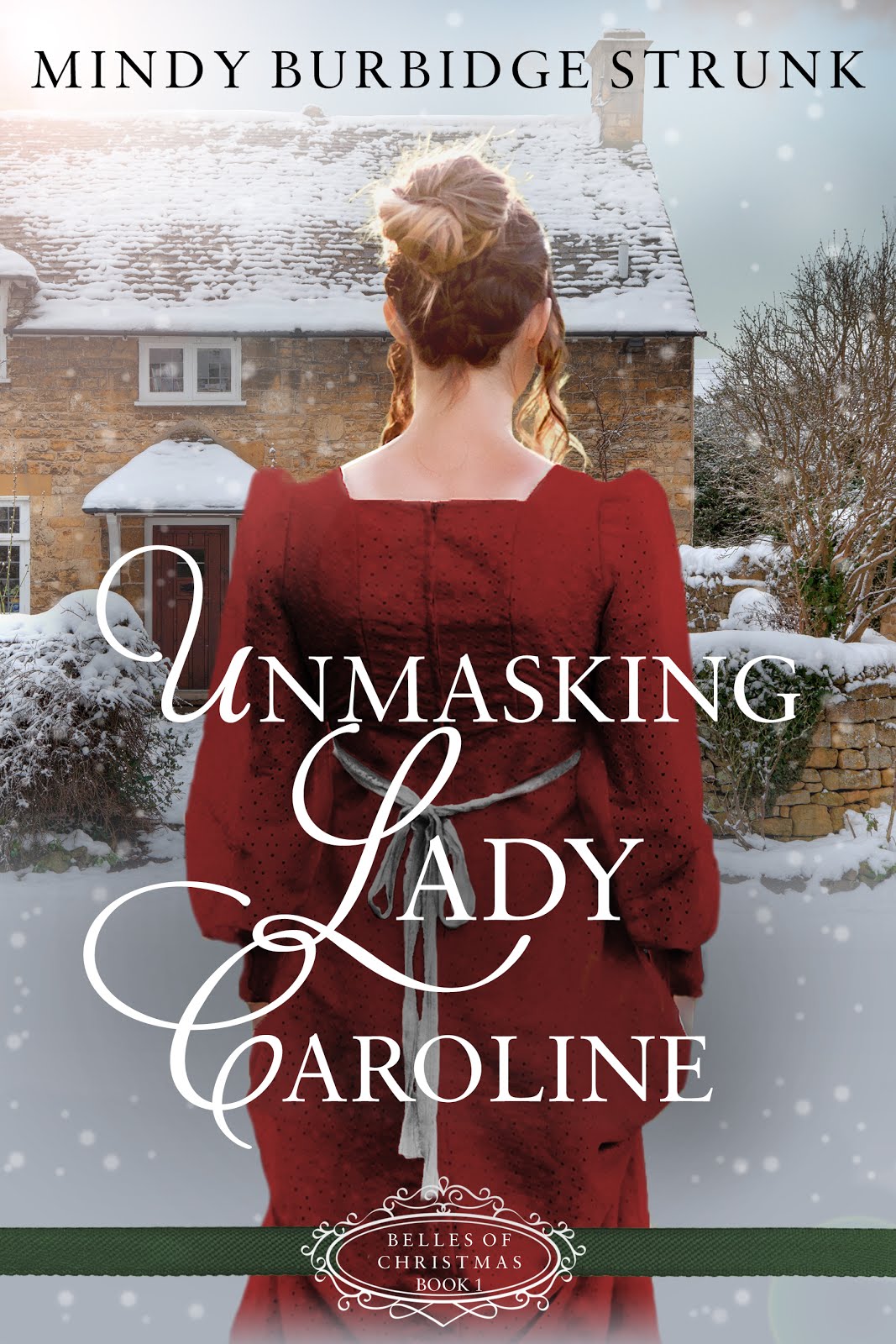 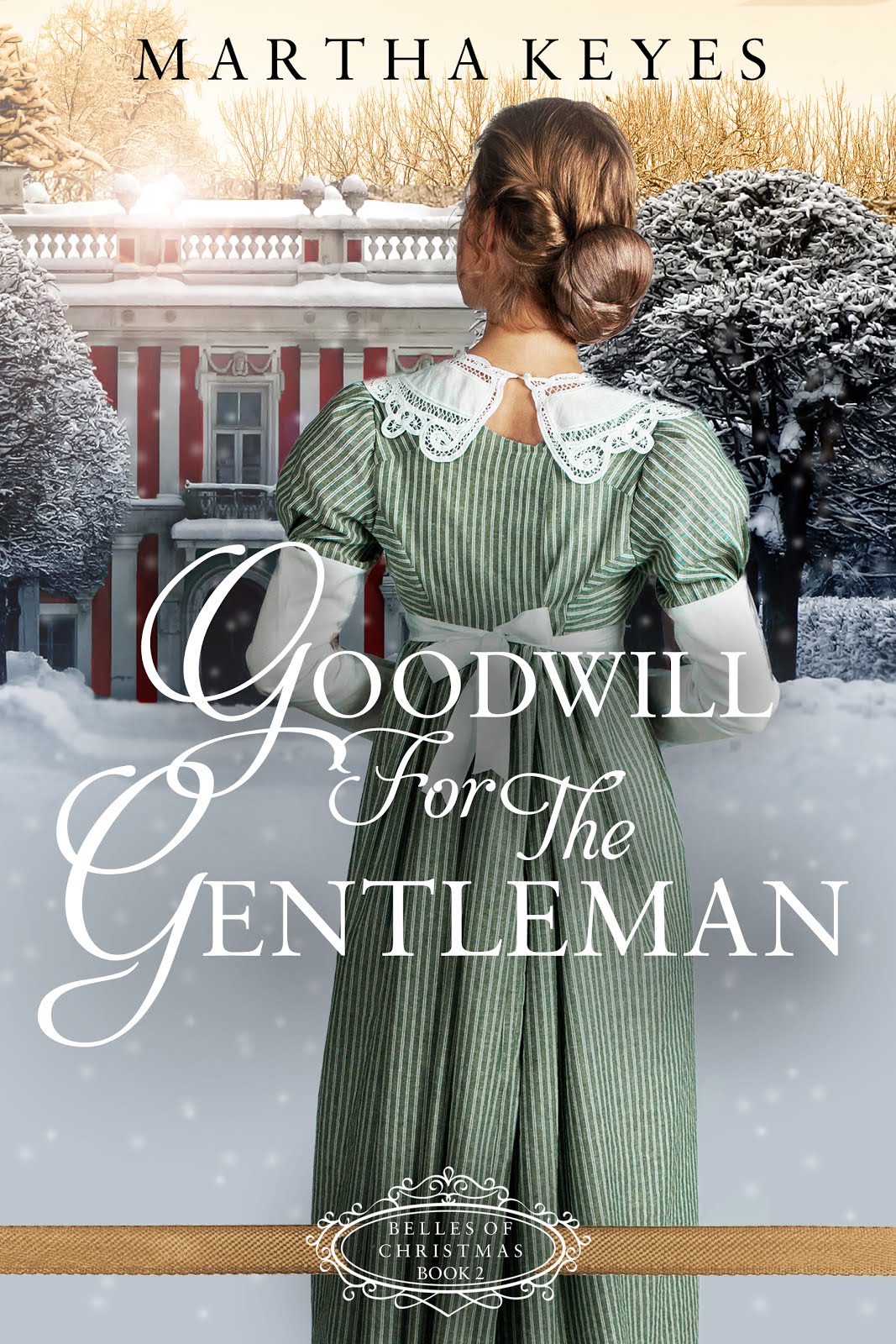 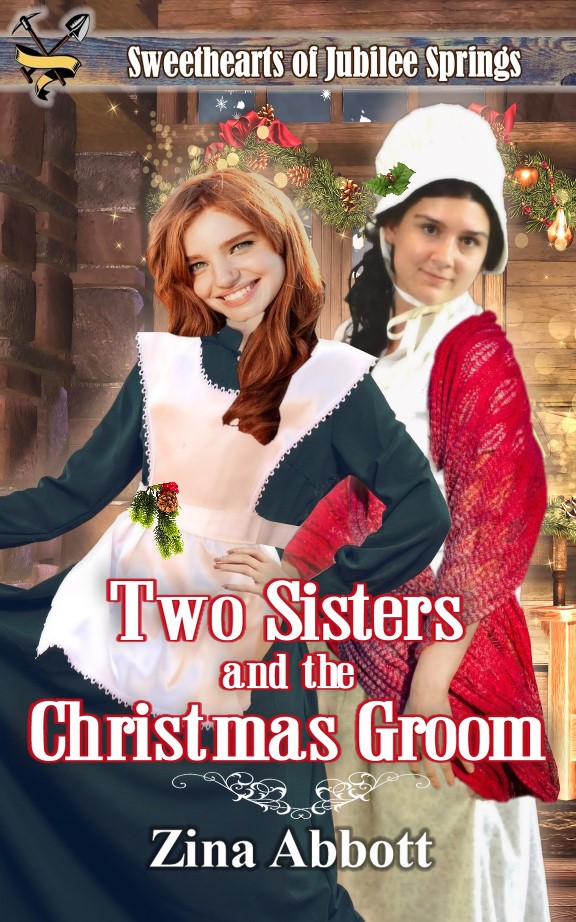 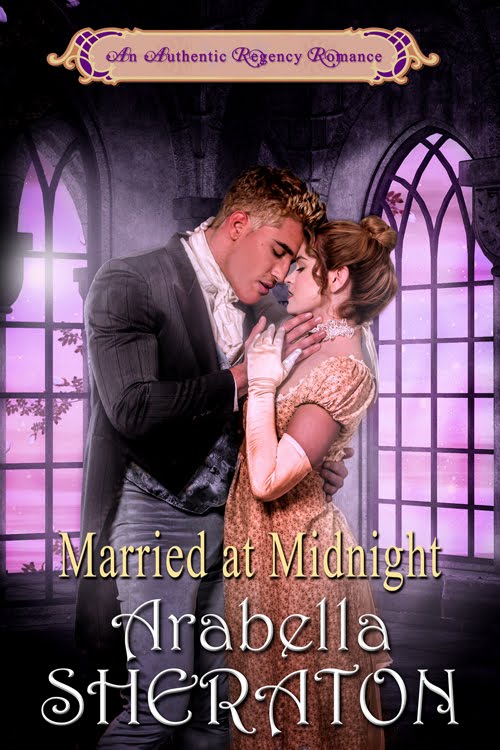 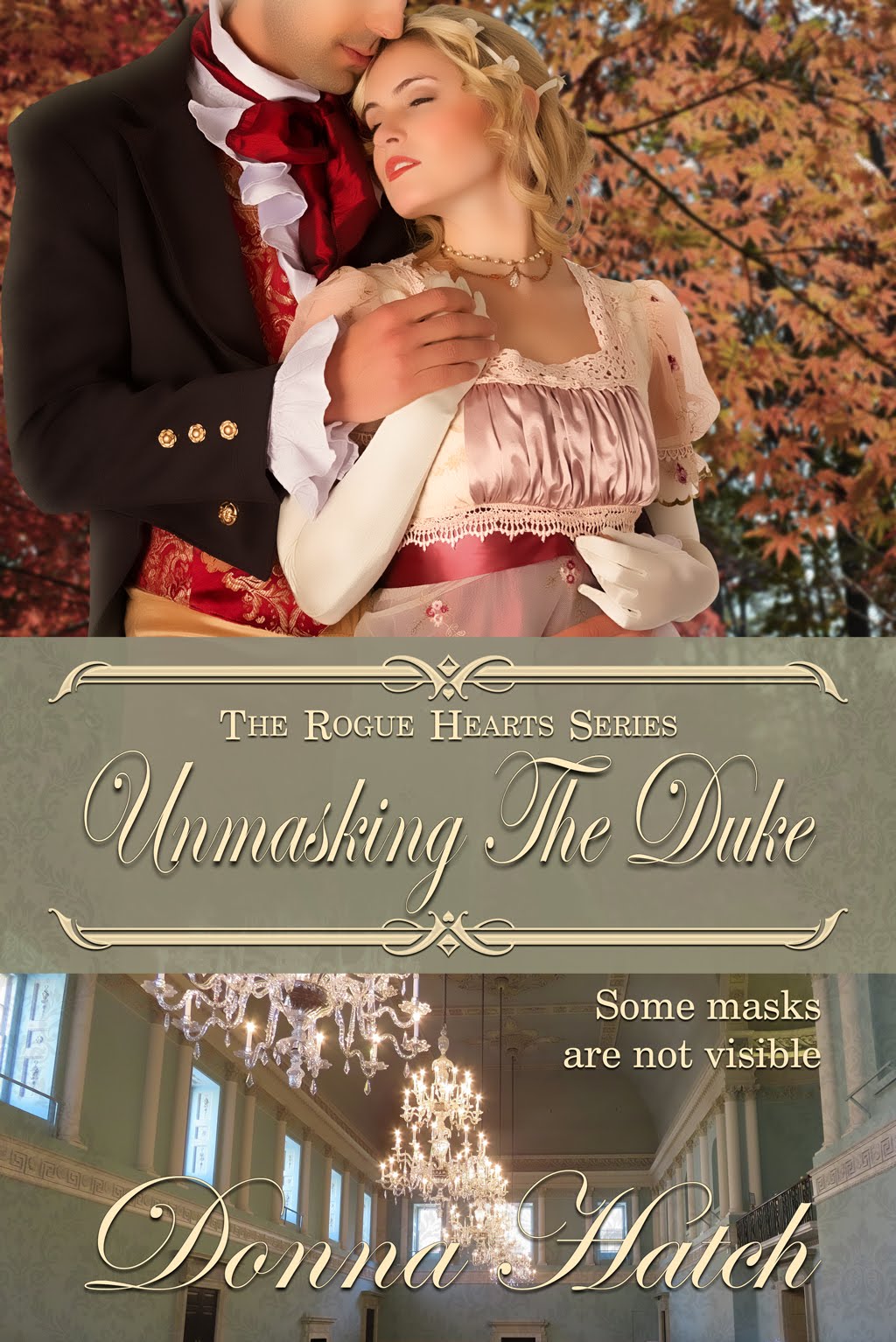 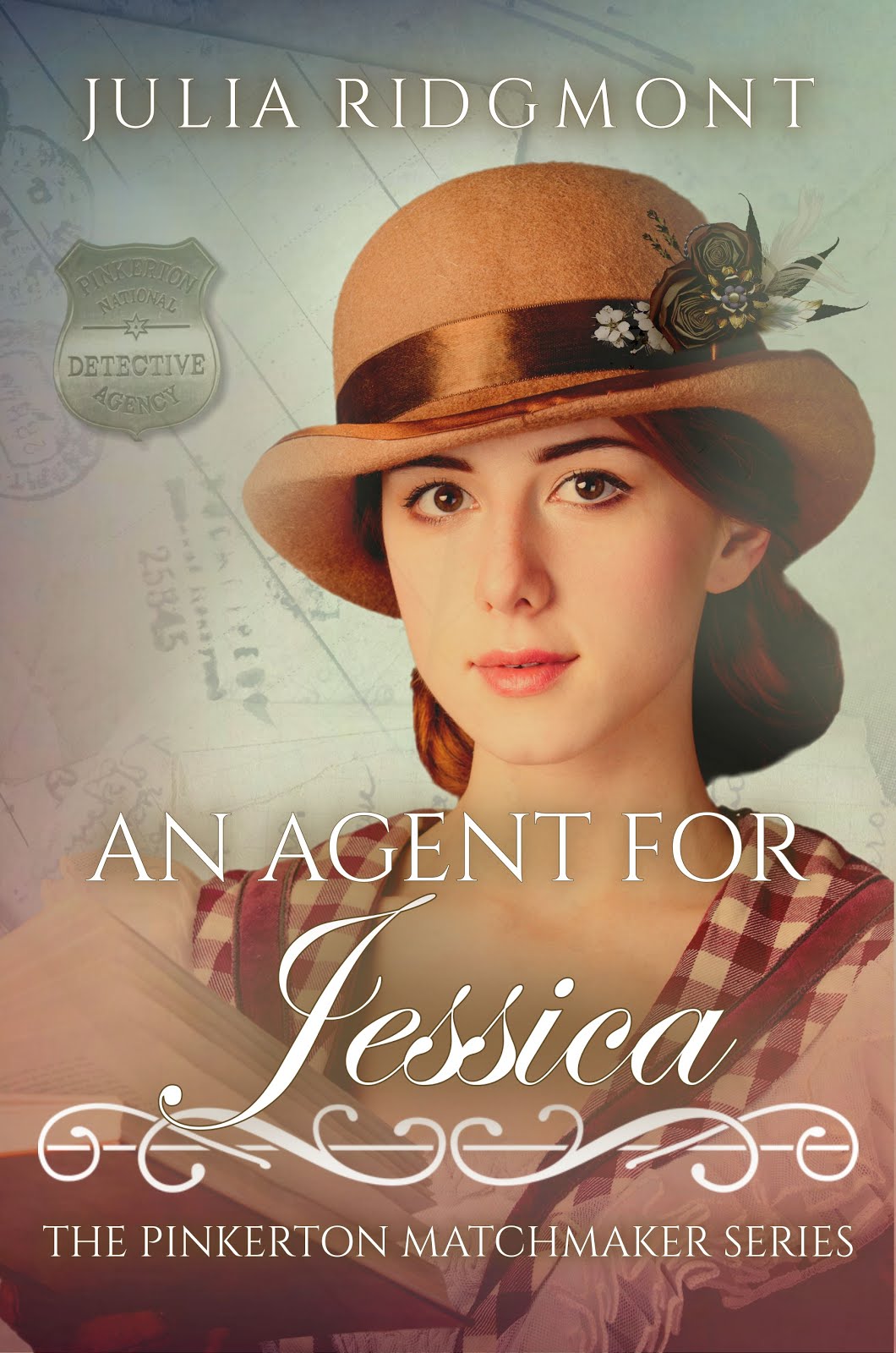 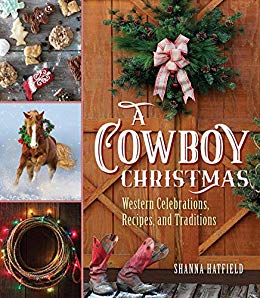 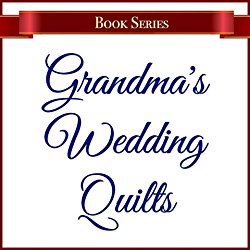 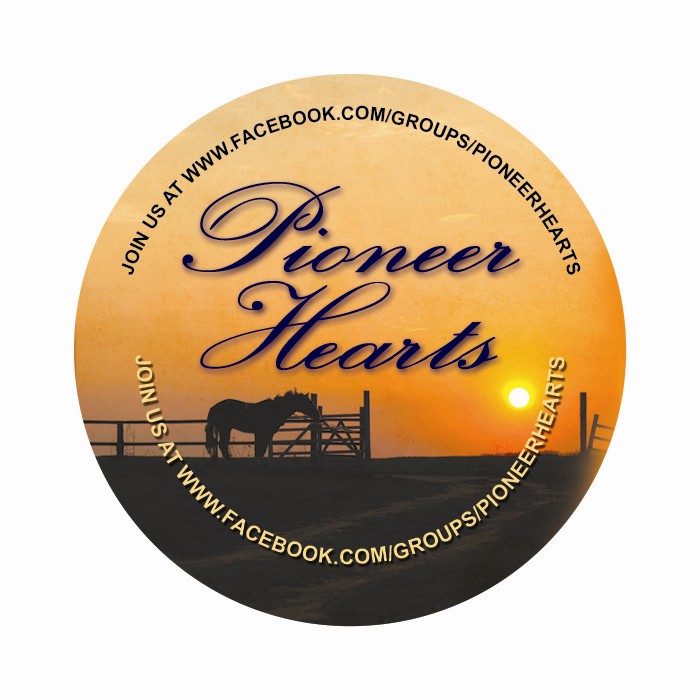 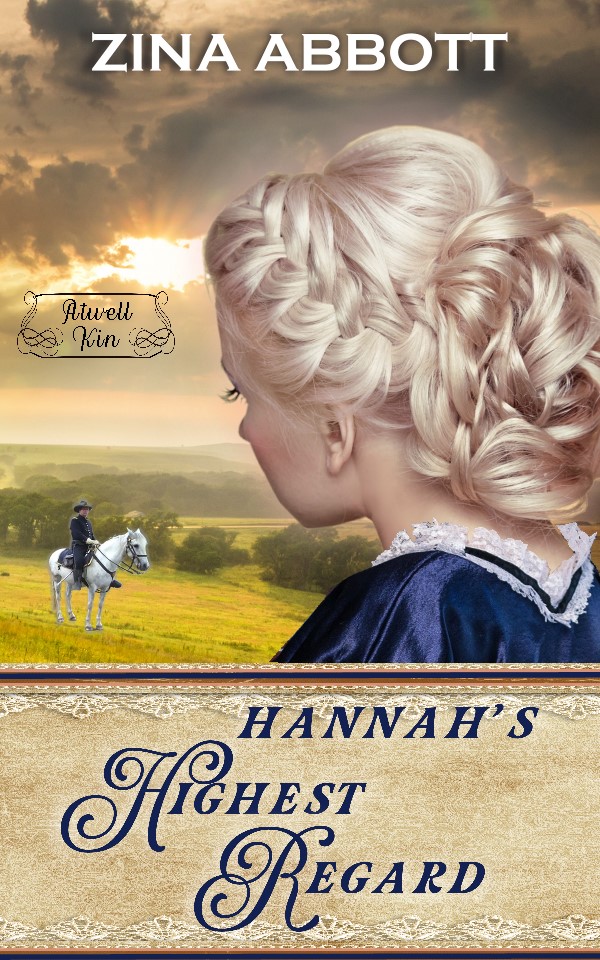 Two Sisters and the Christmas Groom 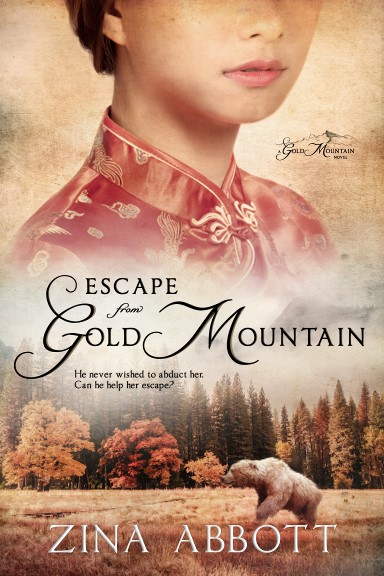 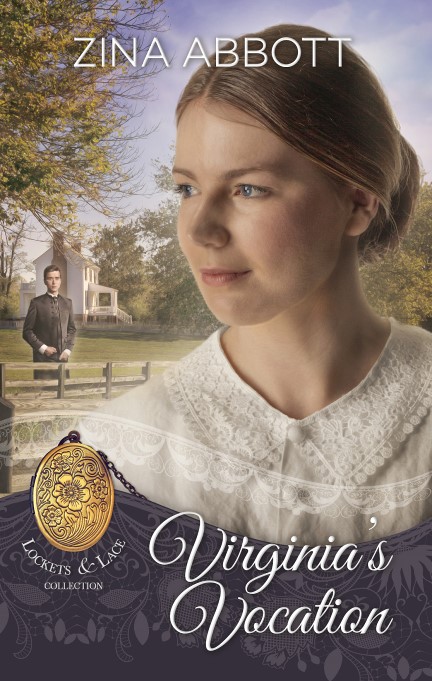 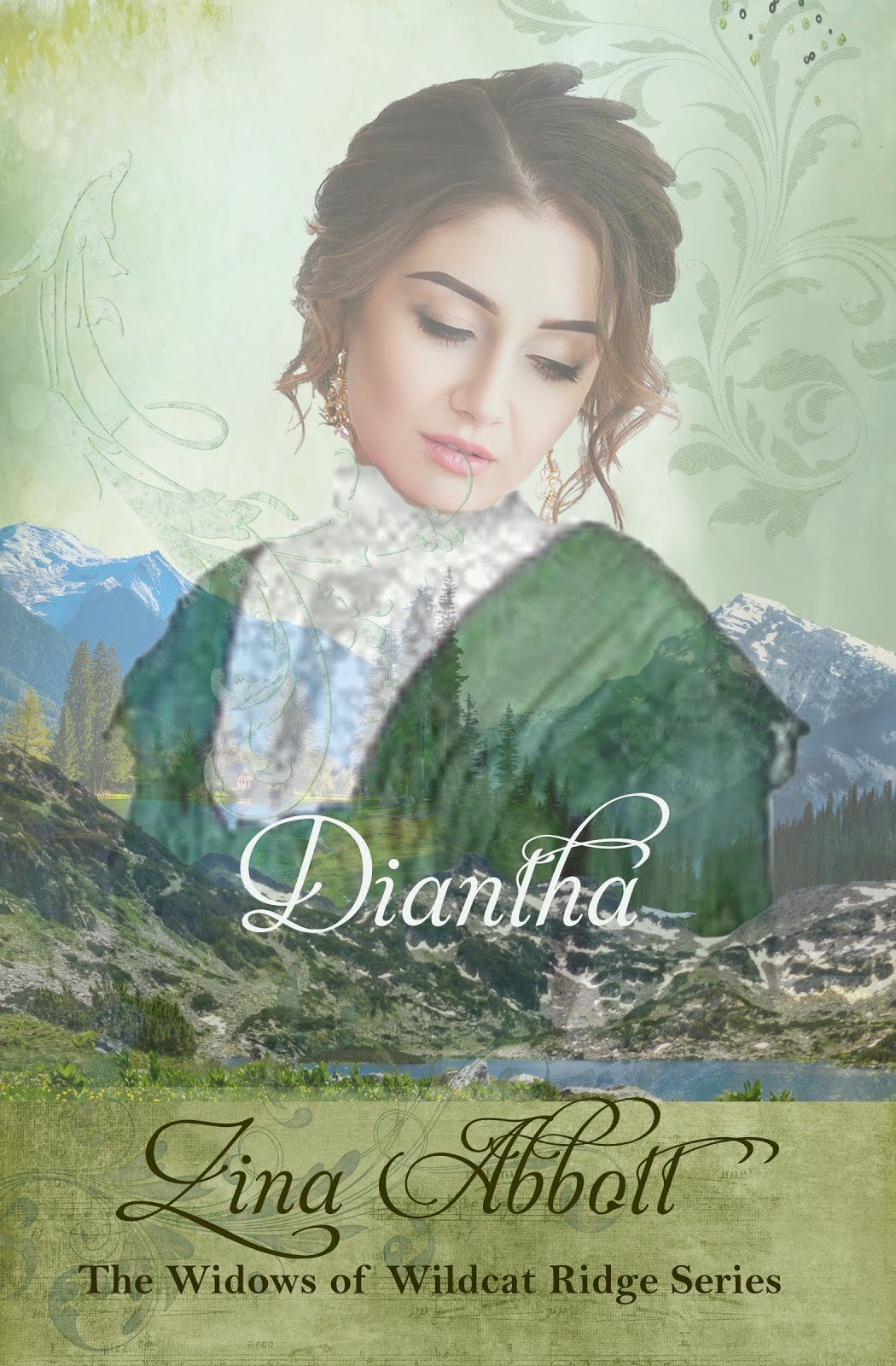 The Widows of Wildcat Ridge 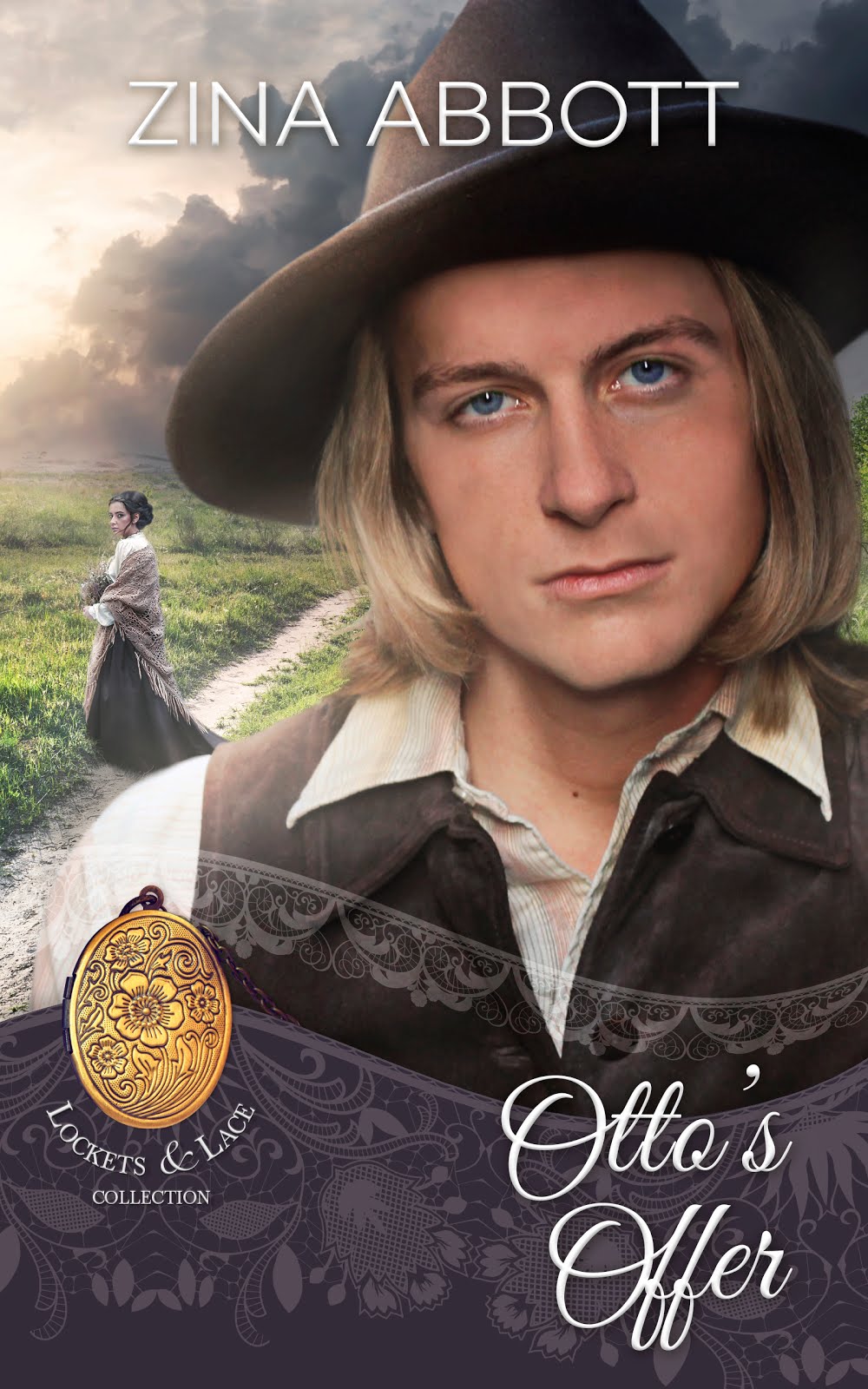 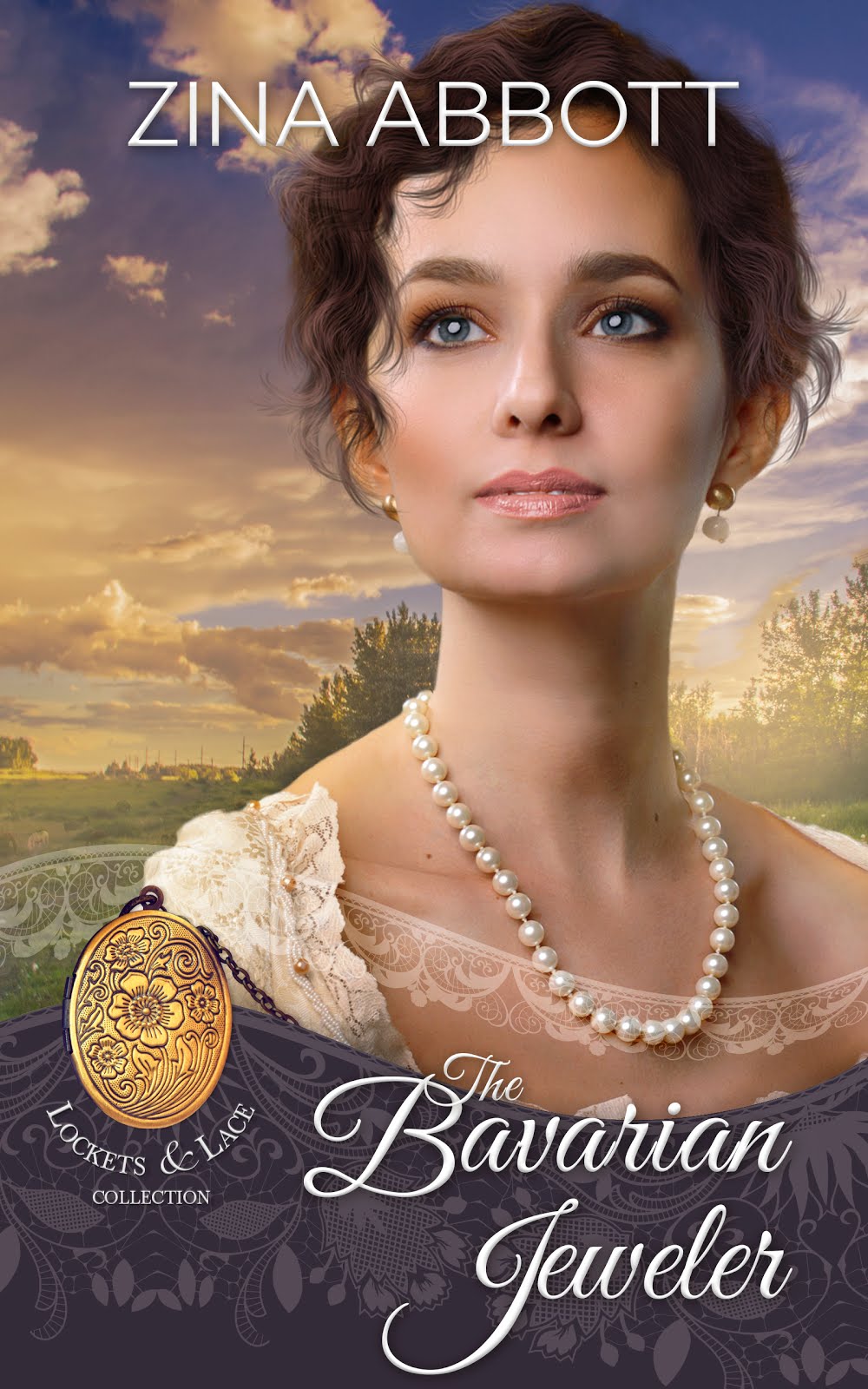 Now all three together

Too Old for Christmas